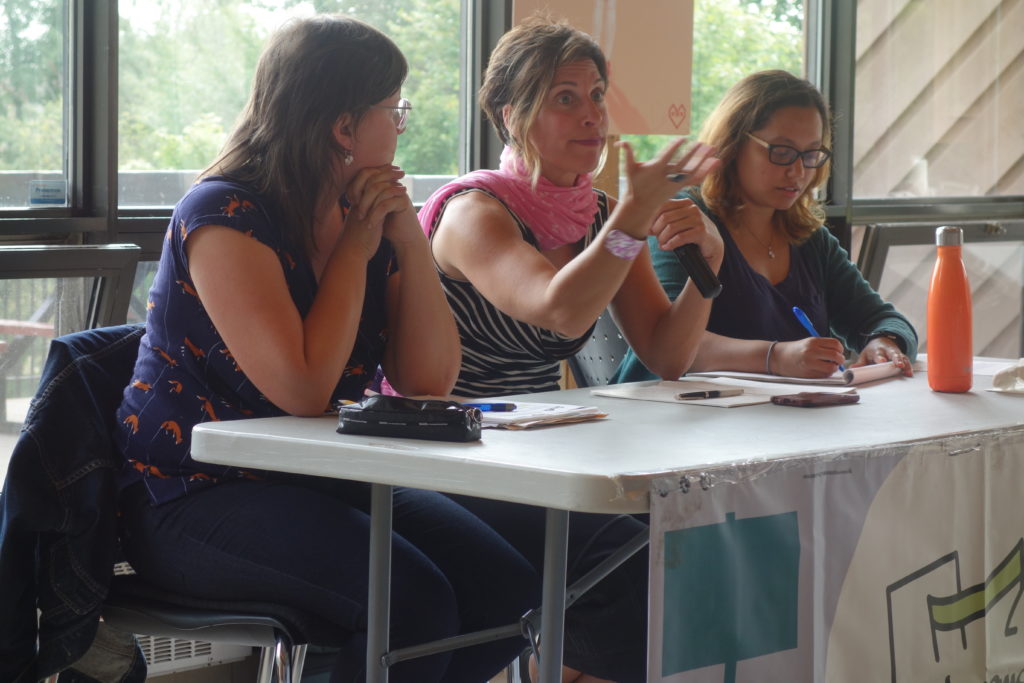 Gatineau, September 6th, 2017 – The Front d’action populaire en réaménagement urbain (FRAPRU) launches today, in Gatineau, a tour for the right to housing. A series of popular hearings are organized in 5 cities, in the next 5 weeks, to collect information on the state of the right to housing. Testimonies of poorly housed households will be heard. Leilani Farha, United Nations Special Rapporteur on adequate housing, will chair the first hearing.

The FRAPRU tour takes place while the Canadian and Quebec governments have the opportunity to substantially advance the recognition of the right to housing, this fall. The federal Government must soon introduce the first Canadian Housing Strategy and the Government of Quebec also has substantial surpluses, which could be invested in social housing.

However, FRAPRU notes that Martin Coiteux, the Quebec Minister responsible for housing, has still not followed up on last fall’s consultations on Quebec’s housing programs, during which the renewal and enhancement of the AccèsLogis program were requested insistently. As for the Trudeau Government, FRAPRU urges to finally take firm financial commitments in favour of social housing. These funds are needed to not keep waiting the thousands of low-income households currently losing federal subsidies that allow them to live in social housing built before 1994 and to help the millions of Canadian households that still have core housing needs.

« 270 000 tenant households in Quebec, including 9 340 in Gatineau, have urgent needs as they live in unsafe, too expensive or too small housing », recalls François Roy, Coordinator of Logemen’occupe, an organization that annually receives dozens of requests from poorly housed people and families. Logemen’occupe and FRAPRU have trouble understanding how, despite the magnitude and severity of these problems, investments from the two governments have only led, in 2017-2018, to 3000 new housing units for the entire Quebec territory.

Leilani Farha, the UN Special Rapporteur on the right to housing, urges Canada to uphold its international human rights obligations and recognize housing as a human right. The Special Rapporteur joins her predecessor (who visited Canada on mission exactly 10 years ago) as well as the Committee on Economic, Social, and Cultural Rights, in recommending that Canada take all necessary steps to ensure housing, like health care and education, is treated as a social good. This means targeted spending to ensure the availability of adequate social housing for those most in need as well as putting in place other necessary measures that create and protect affordable housing, including by regulating markets and private sector actors in a manner consistent with human rights. With the National Housing Strategy due to be released before the end of this year, the government is well placed to move ahead with its human rights obligations.

5 years ago, FRAPRU had already initiated a traveling popular Commission on the right to housing that visited all of Quebec’s regions.  » This fall’s tour will update our knowledge on various regional realities and give more visibility to serious denials of the right to housing often impossible to detect in statistics: unsafe sanitary conditions, forced collocating, sexual violence against women tenants, discrimination against families, low-income people or racialized people, etc. », explains Véronique Laflamme, FRAPRU’s spokesperson. « Testimonies will show governments why they should focus their interventions on social housing to improve low-income tenants’ housing conditions », continues FRAPRU’s spokesperson.

FRAPRU targets specifically Justin Trudeau’s Government, as it needs to take responsibility for more than 20 years of lack of investment in social housing. It also needs to formally enter the right to housing in its new housing strategy. This is an opportunity not to be missed.

After Gatineau, the tour will go to Rouyn-Noranda, Trois-Rivières, Longueuil and Montreal. In addition to Leilani Farha, Béatrice Vaugrante, Executive Director of Amnesty International Canada francophone section, and Christian Nadeau, President of the Ligue des droits et libertés, experts recognized for their commitment in the struggle for human rights, will chair popular hearings. At each stage of the tour, activists from different regions will attend hearings to bear witness to the different realities of poorly housed tenants. The tour will end in Montreal, on October 2nd, World Habitat Day.

For more information or interview requests :